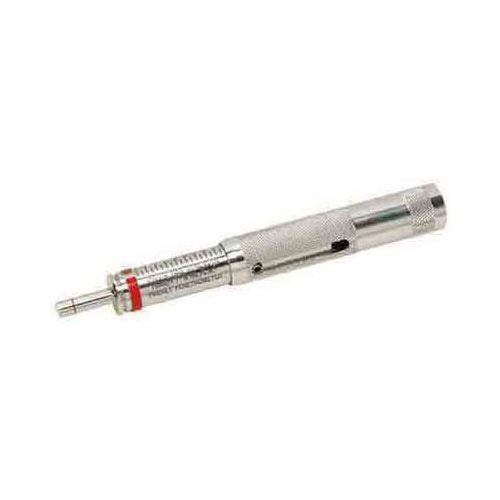 SE-Test India offers Pocket Concrete Penetrometer for judging the strength and stability of concrete specimens of diversity. Our machine (Model SET-1110) has been developed as per the international standards ASTM C-430. We are suppliers and exporters and manufacturers of pocket concrete penetrometer as per the industry standards.

We provide needle having face area 3/10 sq. cm. and graduated at a distance of 25 cm and the needles point is an integral part of barrel which houses a calibrated spring. Our pocket penetrometer spring is confined in a sleeve. SE-Test India concrete mortar is shown on the direct reading scale with a marker ring which holds its position when released and our scale range is 0-50 kg/cm2 when the penetration resistance and the concrete reaches a value is 35kg/cm2 assumed initially set.

SE-Test India as a manufacturers and suppliers of melting pot or instrument needs no introduction in the market, as their contribution in developing advanced testing equipments. We are pocket concrete penetrometer manufacturers, suppliers and exporters in Delhi, India.