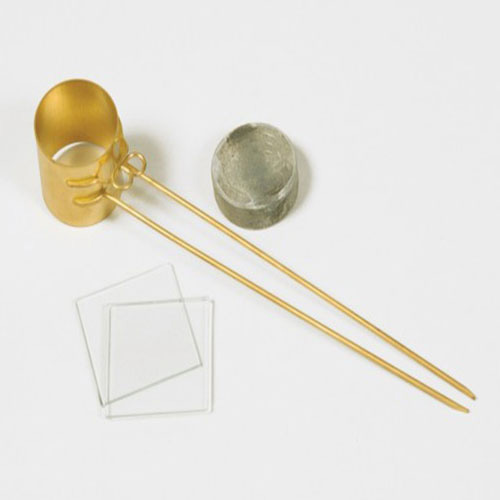 SE-Test India Le chatelier mould consists of a small split cylinder forming a mould On either side of the split cylinder that are two parallel indicating arms with pointed ends are attached with two glass plates and a lead weight are supplied complete.